Rugged Vs. Consumer Devices in the Warehouse

Tough, smart, and sexy: Why rugged reigns over consumer devices in the warehouse

Mobile technology isn’t new for industrial use. But when the smartphone was launched, followed by the tablet, consumer adoption was rapid and rabid. As software developers churned out more tempting, sophisticated, and fun mobile apps, consumers became addicted to their mobile devices.

The user’s reliance on the ease and familiarity of the beloved consumer devices crossed over into the workplace, including tough environments, like manufacturing and warehouse operations. With the almost-irresistible pricing on consumer devices, the decision seemed easy.

However, reality has proven that the choice of consumer devices over rugged devices for use in an industrial space doesn’t make sense—for many reasons.

Unquestionably, you can purchase a consumer smartphone or tablet for less than the cost of a purpose-built, rugged version. The replacement, however, is considerably higher than the initial one. Also factor in that the consumer device has a shorter lifecycle—about two years—while a rugged device is expected to last four years or longer. Recent research by The Aberdeen Group showed that a business with 1,000 mobile devices spends approximately $170,000 more per year to support consumer-grade devices than the enterprise-grade.

As a workforce tool, your mobile computing technology needs to utilize enterprise software. That means you need enterprise-grade security and functionality. Android is one of the most popular operating systems, but it was designed for consumer use. Zebra’s Mobility Extensions (Mx) pumps enterprise-grade security and features into rugged technology. In addition, rugged devices, like Zebra’s mobile computers and tablets, include longer battery power, greater screen resiliency to light and moisture, better acoustics, and tougher drop-resistance.

#3. Consumer devices strain your IT resources.

Mobile devices are accessing your network—and other users of those mobile devices (e.g., kids). That means your enterprise is susceptible to viruses and unauthorized access. In addition, mobile devices are easily lost or stolen. Between provisioning, remotely wiping, and upgrading mobile devices and applications on a wide range of consumer devices, you’re pushing the limits of your IT staff’s time. An enterprise-grade, rugged device is more easily managed through your MDM.

One final note: While consumer devices used to appear much sleeker and appealing than their rugged cousins, companies like Zebra have redesigned their mobile devices to have the same appeal—but with more brains and brawn. 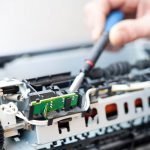